Disc Compact(CD)
The compact disc was created by the nethertlander Kees Immink,the Philips,and the japanase Todhitada Doi,the Sony,in 1979.The last year,Sony and Philips,was sold very compact disc,but don´t sold for the economic depresion.Started the new sale the recordings audio and wun a lot of money.
In 1981 the conductor Herbert von Karajan,was sold in the festival of Salzburg and began a big sucess.
In the year 1984,the CDs saved to 700MB.
Now the diameter in CDs is the 12 centimetres.

An invention before 20th century

Morse telegraph:
An electrical telegraph was patient in the United States in 1837 by Samuel Morse.America´s first telegram was sent by Morse on 6 January 1838 across 3 kilometres of wire.The message read:"A patient is no loser".The message was all capital letters because the original alpabeth don´t had on questions marks and lower case.
The Morse/Vail telegraph was moved quickly in the following two decades.The overland telegraph connected the west coast with the east coast on 24 October 1861.

Email ThisBlogThis!Share to TwitterShare to FacebookShare to Pinterest
Labels: Mcc

The context of spaceflight, a satellite is an object which has been placed into orbit by human endeavour. Such objects are sometimes called artificial satellites to distinguish them from natural satellites such as the Moon. The first artificial satellite was Sputnik 1, launched by the Soviet Union on October 4, 1957, and initiating the Soviet Sputnik program, with Sergei Korolev as chief designer (there is a crater on the lunar far side which bears his name). This in turn triggered the Space Race between the Soviet Union and the United States.
Posted by srl at 09:45 No comments:

The incandescent light bulb makes light by heating a metal filament wire to a high temperature until it glows. In 1802, Humphrie Davy had what was then the most powerful electrical battery in the world at the Royal Institution of Great Britain. In that year, he created the first incandescent light by passing the current through a thin strip of platinum, chosen because the metal had an extremely high melting point. It was not bright enough nor did it last long enough to be practical, but it was the precedent behind the efforts of scores of experimenters over the next 75 years. In 1809, Davy also created the first arc lamp with two carbon charcoal rods connected to a 2000-cell battery; it was demonstrated to the Royal Institution in 1810.
Posted by srl at 09:38 No comments:

AN INVENTION OF THE XX CENTURY

Put to work at the same body to the cells that grow uncontrollably is the strategy that seems to be decanted for cancer research. Two studies presented in 2009 at the Congress of the American Society of Clinical Oncology (ASCO), have shown the effectiveness of separate vaccines to improve the prognosis of two common tumors: non-Hodgkin lymphoma and melanoma.

They are two therapeutic vaccines do not prevent the appearance of the disease but do affect its development and increase the life expectancy of patients. The perspective is stretched over a year in the case of lymphoma and in five months in patients with melanoma, a skin cancer with good prognosis if diagnosed early and bad expectations when it is located and extended.

Although both vaccines are administered in combination with chemotherapy, it was demonstrated that their efficacy opens the door to new clinical trials. The melanoma vaccine is made from a protein in the tumor itself and stimulates the production of T cells, a type of white blood cells multiply and seek out protein gp100 to try to destroy it and with it, the malignant cells. 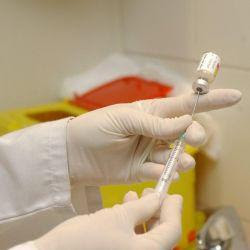 AN INVENTION BEFORE XX CENTURY

The origin of beer was just at the same time that the birth of agriculture, or the invention of bread. It was discovered a type of beer from dated around the 7000 b.C that was the result of a mix of rice, fruits and honey.

There was another type of beer on the Mesopotamia and as of 3500 b.C, it is said the beer was elaborated by women or priestess and it was used as medicine or as sacrifice to gods in that country.

The importance of beer in the culture of Pharaonic is reflected in the large number of statuettes alluding to the process of making this kind of drink.

Beer consumption in dates from the Bronze Age. The beer must have been one of the most common beverages until the wine began to move as liquor associated with the elite and the sacredness.

During the Middle Ages European population consumed an enormous amount of beer, estimated at about per person per year since it took all meals in preference to water or as a substitute for other foods.

The manufacturing was refined by Catholic monks. In 1516 Germany regulates the purity and since then, countless of jars, special glasses and even specific celebrations as Oktobefest of Munic, who has served two centuries, have made the beer the most popular drink almost everywhere in the world.

AN INVENTION CREATED AFTER THE XX CENTURY: 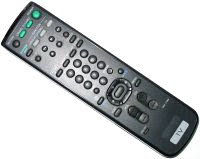 A remote control is an electronic device used to perform an operation on a remote machine. The term used to describe the remote to the TV or otherwise. Remote controls are usually small objects with an array of buttons to adjust the values (the TV channel). In most modern control device contains all the control functions. They communicate with their respective devices via infrared signals and only a few use radio signals. There are controls or radio controls for many other devices, scale models of airplanes, helicopters. Many robots are controlled remotely as well as some of the newest fighter jets.
CONCERNING THE HISTORY OF THIS INVENTION: In 1903, Leonardo Torres Quevedo presented the Telekino accompanied by memory and by an experimental demonstration. The Telekino was a robot that executed commands transmitted by radio waves, was the first apparatus radiodirección the world. During World War II, was conducted using remote control technology for military purposes. The first gadget designed to remotely control a television was developed by Zenith Radio in early 1950. The control cable used to connect to the TV. To improve the cumbersome system, created a wireless remote control in 1955. The controller, called "Flashmatic", works by sending a light beam to a photocell. Unfortunately, the cells did not distinguish between light of the command and the others. In 1956, Robert Adler developed "Zenith Space Commandun" wireless experience, used ultrasound to change the channel and volume. The receiver contained a microphone attached to a circuit that was set to the same frequency. In the early 80's, when semiconductors were developed to emit and receive infrared radiation, remote controls were gradually changing the technology to those in today.

SIGNED BY: HUGO DEL VALLE CORTE (HDVC)
Posted by hdvc at 14:41 No comments: